We went fishing the Connecticut River today. In order to get on the water, we had put in a bit of work. We carried a small rooftop boat through the woods as the spot isn’t accessible by even a shallow motor boat. The conditions weren’t ideal for the type of fishing we were capable of doing from this boat. The wind was whipping and the water was about 5 feet higher than normal and was very muddy. Even with an anchor, staying in one spot was a chore. We fished for  about 2.5 hours before calling it quits and getting the big boat for some more river fishing.

All the bites we got were while the bobbers were sitting still. The waves pushing through the open areas kept the jig bouncing enough to entice the fish that we did catch. The only action we gave the bobbers was as we reeled it in slowly.

Before we left, we were able to catch a few fish. Bobby yanked this nice bullhead suspended in 15 feet of water about 5 feet down. It gave a good fight and totally surprised us as it rose to the boat. It was the first time we have caught one of these in the hole we were in! Between the two of us we were only able to catch three crappie. Two were decent around 10″ and one was a solid 12″ fish. 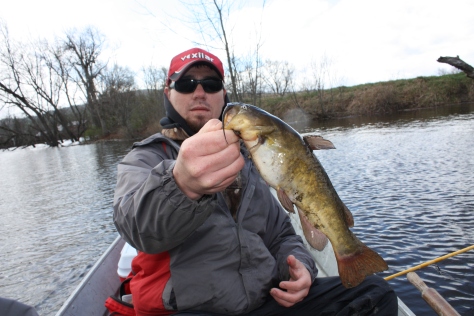 We arrived at our second spot on the Connecticut River right around 3pm for the evening bite. The conditions were decent with a slight chop on the water and overcast skies. The water was about two feet higher than it had been the last two days and the water was quite a bit more stained as well because of the recent rain.  We began by fishing the spots that had been producing in recent trips and not much had changed. The fish were still close to shore but not holding as tight to structure as they had been.

We proceeded to catch some big bluegill and a few decent crappie on “Live” Baby Shad by Lake Fork Trophy Lures. As opposed to recent trips, natural colors were much more productive but we still managed a few on the bright colors. We mainly used “carolina pumpkin/chartreuse pepper” and “sun perch”. As usual, we fished these plastics on smaller ice fishing jigs under a bobber twitching them vigorously on the way back to the boat. The majority of the bites came as the bait moved but some were taking it during a pause so it was important to vary the retrieval speed.

By the end of the trip, we had put quite a few nice fish in the live well for some pictures before release. Two of the bluegill weighed in at an even pound and several others were just shy. Nine of the gills were over 10″ and three were 10.5″. None of the bluegill caught today were under 7.5″. Its true bigger baits catch big fish! 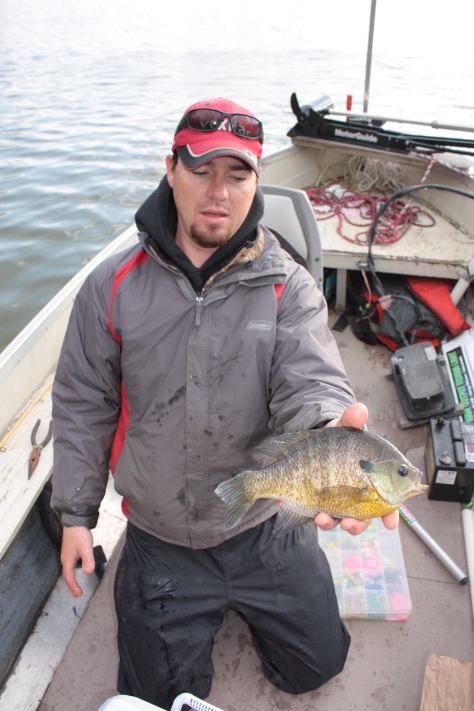 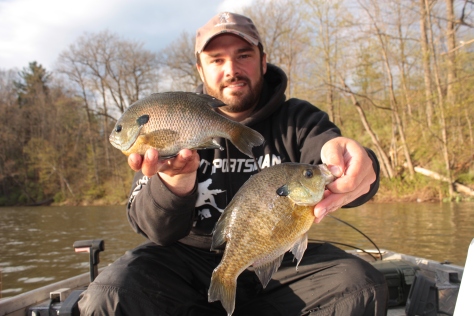 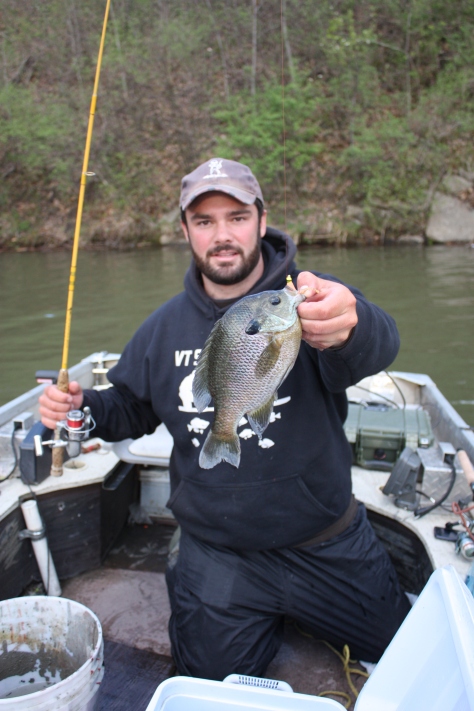 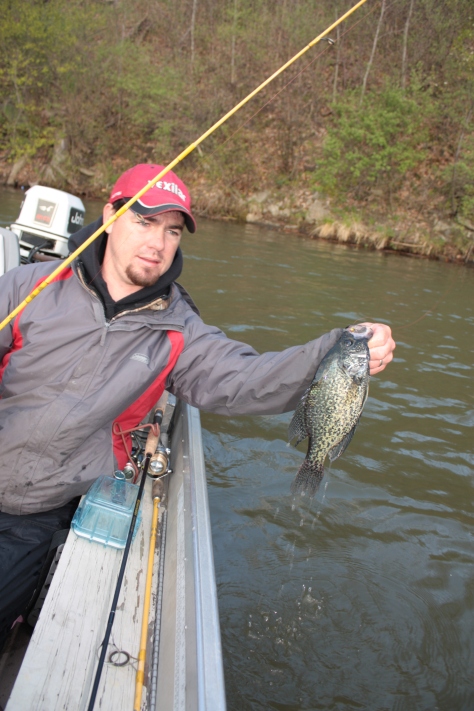