After work today I stopped off at some waters that I frequently drive by while working. I figured it was about time that I gave them a shot as they look good!

The smaller mountain streams in this area were hit hard by hurricane Irene about a year ago and have been slow to recover since. Usually flooding evens of any scale will create habitat in streams but this year we have had none. The streams I chose to fish are composed mostly of bedrock and large boulders so there was still decent pool habitat available for the adult trout. 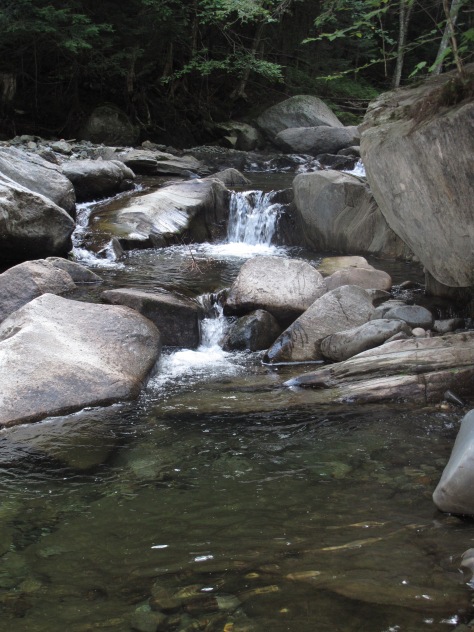 Although I didn’t catch great numbers, the fish that I aught were better sized. The fish were active and the water was very cold. I am glad that I wore mud boots! Being as dry as it has been this summer, I was surprised to see that the water levels weren’t that low.

This was my best fish from the day and the sad part was that I caught the smaller of the two! Check out New Trout Waters on our YouTube page. You can see the pair of fish swimming in together as I reel it in (along with some other catches). 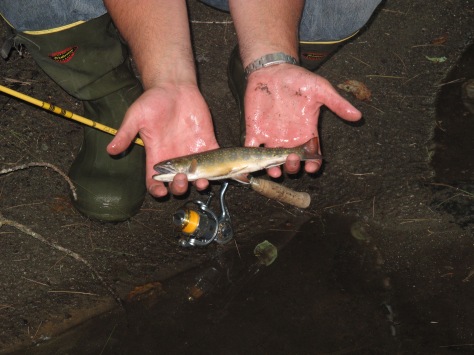 Can you spot the trout? 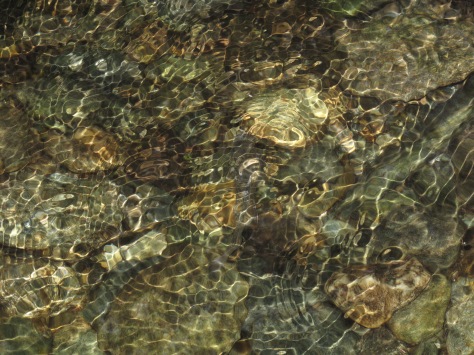