Our morning was spent on a local lake with a healthy bluegill population.  Our approach was to seek out fish that have pushed into thick dense weeds staging to spawn.  Our target depth was anywhere from 5-9 feet of water.  The lake has some extremely clean water and many times you will find the blue gill suspended above the weeds making them enjoyable to sight fish from your shack.  We cut a grid of holes to fish while Dylan’s girlfriend Mary sat in the shack and caught them by sight.  The action was steady but not great.  When fishing needs to get better we always seem to start drilling more holes.  That was the case today so Bobby grabbed Dylan’s auger and pulled to start, well he pulled too far break the knot on the cord.  After a trip to the hardware store for a screw driver our greasy hands we were unable to fix it.  We decided that this would be a good time to move to another pond and search for the few but large bluegills it held.

We packed light and made our way out to the basin in search of the bull gills.  Well we didn’t ever really get on the big gills but we did find some trout while jigging in the deep water.  The marks were moving fast chasing our jigs up and down the water column.  Mary who was in the shack again said she was seeing them swim right under the hole.  She was able to connect on a few.  We cut out a few grids looking for the blue gill but were unable to find more than one.  It was still a good time on the ice with good friends and a few surprises. 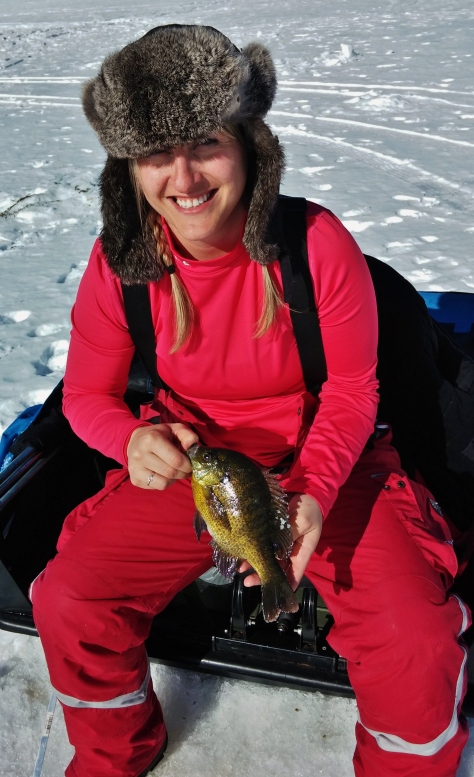 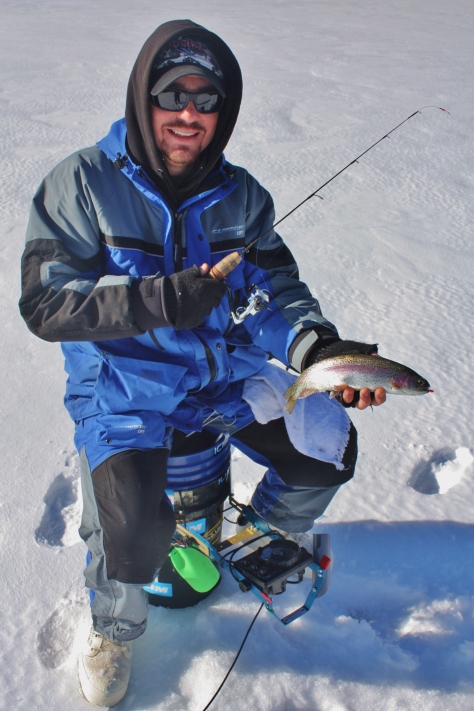 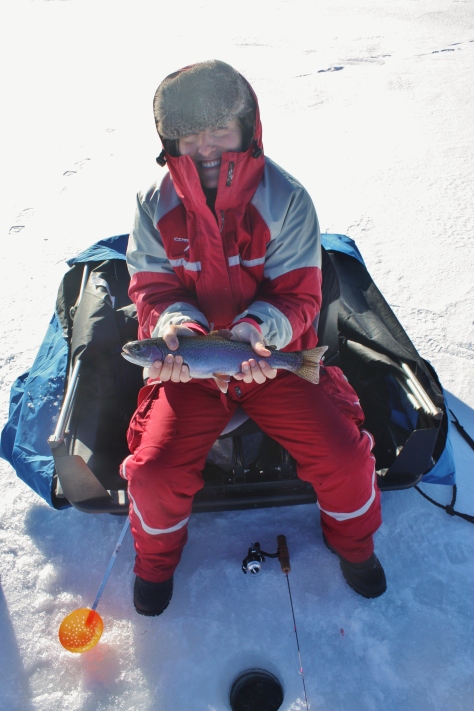