I started off my day with a trip to the dentists so things were off to a late start. The snow was flying and with past experiences, many of the best bites have come under similar conditions. The worst part of the day was the 30 mph winds that were predicted to blow!

I hooked up with my buddy around 10:30 and we started fishing on a spot that we hadn’t cut up yet this winter. Things were slow and the few fish that we found were sitting over the top of short weeds in 10+ feet of water. The weedbeds for the most part were almost too thick to fish! After a few slow hours, we packed up and made a move to a new bay hoping things would improve.

After arriving at the second stop, we made small talk with the only guy in the area. He agreed the fishing was slow but told us to cut where ever we wanted. As we worked through the fresh holes, we picked away at the few fish that were around. We knew we weren’t on the spot so we moved in multiple directions until we found a concentration of better sized fish.

We worked over the area pretty well and were content with the results that we were seeing. We were even able to find a few crappie in the area. Things were looking up for an evening Hydro Glow bite!

Around 4:30 the wind really started to pick up and the bite shut off. From then until about 8 I could mark fish on my flasher but getting them to bite was nearly impossible. It was time to call it a night and rethink strategies for tomorrow!

Nathan Krusko of North East Ice Fishing conducted an interview with Bobby after winning the final leg of VT Sportsman Hardwater Tournament Series at Dillenbeck Bay on Lake Champlain. You can listen to the conversation here as well as past interviews with winners from NEIF tournaments.

You can also keep up with our updates on Facebook. 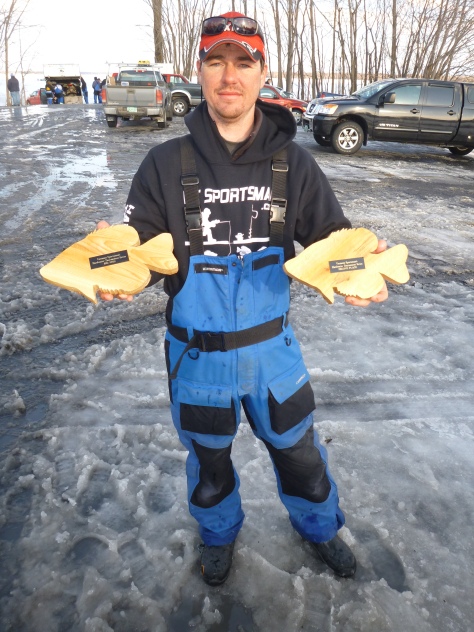